Our previous research has shown that these disruptions are inevitable. Solar, wind, and batteries (SWB) will disrupt coal, oil, and gas. Autonomous electric vehicles (A-EVs) providing transportation-as-a-service (TaaS) will disrupt internal combustion engines and private vehicle ownership. And precision fermentation and cellular agriculture (PFCA) will disrupt meat, milk, and other animal products. The three disruptions are already unfolding simultaneously, and their implications for climate change are profound. Yet it will be up to us to decide whether or not we deploy these technologies worldwide rapidly enough to avoid dangerous climate change.

At COP26, many of these key decisions will be made. Governments, businesses, trade unions, NGOs and other world leaders are gathering together to discuss future action on climate change, and it is imperative that they have the best tools and the best information available to them before they make any significant decisions that will impact the global environment forever.

Conventional thinking about climate change views emissions mitigation through a linear, reductive lens that fails to appreciate the character, speed, and dynamics of change in both natural systems and human systems. By failing to fully appreciate these systems dynamics, conventional models have tended to underestimate not only the threat of climate change itself, but also the potential of technology to address it. Conventional thinking has therefore wasted time, attention, and resources on an eclectic array of ‘Band-Aid’ approaches to solving climate change like subsidies and taxes, biofuels, clean coal, clean diesel and other superficial techno-fixes that merely treat symptoms rather than the underlying problem.

Instead, a simpler and more effective approach, which we explain in detail in Rethinking Climate Change, is to focus on the deployment of a handful of key technologies that will disrupt and transform the entire foundation of our economy.

The following is a list of the nine key implications of the food, energy and transportation disruptions that will occur over the course of the 2020s. Embracing these disruptions is not only a good solution to climate change but, in fact, the only solution.

1. We can achieve net zero emissions much more quickly than is widely imagined by deploying and scaling the technology we already have

The technologies we need to drive these disruptions – solar photovoltaics, wind power, and batteries (SWB), electric (EVs) and autonomous vehicles (A-EVs) providing Transportation-as-a-Service (TaaS), and precision fermentation and cellular agriculture (PFCA) – already exist today and are either ready to deploy to market, or are already deployed and can scale immediately. We do not need fusion power or other major unproven breakthroughs to achieve net zero emissions.

Existing disruptive technologies solar PV, wind power, and batteries have dropped sufficiently in cost and are being deployed rapidly around the world. Similar patterns are seen in the Food and Transportation sectors – Rethinking Climate Change (2021)

2. We can achieve net zero emissions without collateral damage to society or the economy

SWB, A-EVs, TaaS, and PF are inherently superior to the incumbents and will therefore rapidly outcompete and disrupt the older, dirtier industries through market forces alone. This means we are not dependent upon governments to impose draconian restrictions on either the supply or the demand side of the economy, which in turn means we can avoid the social harms of austerity policies that reduce standards of living and impede human development (the burden of which falls disproportionately on those communities and nations that are already disadvantaged).

3. Markets can and must play the dominant role in reducing emissions

In Rethinking Climate Change, our analysis showed that 42% of global emissions can be eliminated by technologies that are ready to scale immediately, and a further 45% can be eliminated by already existing technologies requiring only modest additional refinement to be deployed, become cost-competitive, and start scaling before 2025. This means we can immediately harness the power of market forces to mitigate 87% of emissions worldwide.

Because well-functioning markets align incentives, optimize resource allocation, and reward efficiency, we can harness their economic benefits and save trillions of dollars that would otherwise be lost to misguided investment in older technologies, while reducing the social and environmental costs of incumbent industries. A key part of enabling a well-functioning market is to stop sheltering incumbent industries by removing things like utility monopolies and livestock subsidies beyond what is absolutely necessary to maintain continuity of public goods and services.

4. Decarbonizing the global economy will not be costly, it will instead save trillions of dollars

A widespread misconception is that mitigating greenhouse gas emissions will be expensive in direct economic terms unless the environmental costs of emissions are included. In fact, the opposite is true: sheltering the incumbent polluting industries in the energy, transportation, and food sectors from disruption would be a multi-trillion-dollar mistake.

SWB, A-EVs, TaaS, and PF are all either already competitive or will be competitive within several years, and continue to become cheaper as their adoption accelerates while costs and capabilities improve with scaling. Investing now in older technologies would be an extremely costly mistake, as the acquired assets will inevitably be stranded within the next decade by the disruptions. For example, our research shows that at least $2 trillion in recent investments made over the last decade in coal, natural gas, and nuclear power assets throughout their value chains will be stranded by the SWB disruption of the energy sector. 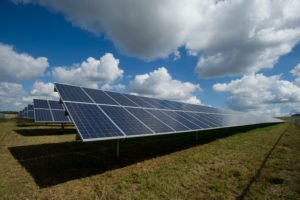 5. A focused approach to reducing emissions is better than an all-of-the-above ‘whack-a-mole’ approach

It is counterproductive for societies to divide their time, attention, and resources among a large number of different emissions reduction strategies. This all-of-the-above ‘whack-a-mole’ approach has neither gained widespread social or political support, nor produced meaningful results.

The most effective approach is to concentrate on one single strategy: deploy and scale existing technologies to disrupt the energy, transportation, and food sectors as quickly as possible, which will rapidly mitigate the majority of emissions while also making carbon withdrawal through both active reforestation and technology-based approaches.

6. We no longer need to trade off the environment and the economy against each other

Up until now, economic growth and the stunning progress in human development it has produced have come at the cost of the environment. But this win-lose relationship, is not an immutable law of nature, but an unintended consequence of primitive extractive technologies. The specific cost and capability improvements in SWB, A-EVs, TaaS, and PF will provide for the first time in history the capacity to do more and more, with less and less, due to the paradigm shift they entail in the fundamental architecture of the production system. They represent a major step toward the ultimate goal of meeting human needs sustainably. In the case of greenhouse gas emissions, these technologies transform the relationship between the environment and the economy into a win-win relationship.

7. The clean disruption of energy, transportation, and food will narrow rather than widen the gap between wealthy and poor communities, and developed and less-developed countries

The conventional approach to mitigating emissions by curtailing economic activity within the existing industrial paradigm would widen the gap between wealthy and poor because human development is almost entirely dependent upon economic prosperity. Instead of depending upon government to control supply and demand, or to achieve equitable distributive outcomes, the technologies of SWB, A-EVs, TaaS, and PFCA will instead accelerate human development and raise the standards of living in poorer communities and less-developed countries by drastically reducing costs of living.

These new technologies will transform geopolitical relations by eliminating the geographic advantages and disadvantages of the past, such as scarce deposits of fossil fuels to winter storage challenges for food and agriculture, among many others. They will also enable more radical localization, as a new decentralized production system based on creation from abundant local resources supplants the old centralized system. Moreover, this enormous creation of value will not itself result in any significant increase in emissions because virtually all the demand growth will be met using new clean technologies.

8. The same technologies that allow us to mitigate emissions will also enable us to withdraw carbon dioxide from the atmosphere affordably 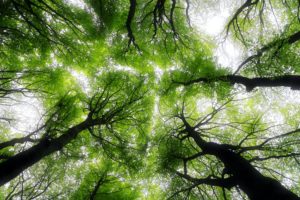 With just these three disruptions, we can eliminate 90% of net greenhouse gas (GHG) emissions worldwide by 2035. For the remaining 10%, the three disruptions will also make active reforestation and technology-based carbon withdrawal, such as ocean alkalinity enhancement (OAE) or direct air carbon capture and storage (DACCS), technically feasible and economically affordable for the first time.

We estimate that the cost of carbon withdrawal through both active reforestation and technology-based approaches can fall to under $10 per ton by 2040, which will make it affordable to go below zero emissions, restore carbon dioxide concentrations in the atmosphere to safe levels, and achieve a full solution to climate change.

Although new technology paired with market forces is our most realistic option for achieving net zero emissions as soon as possible, we cannot afford to be complacent. Unless societies make the right choices, we could significantly slow down the disruptions of the energy, transportation, and food sectors, which in turn would dangerously delay the achievement of that goal. Even if negative emissions allow us to remain within a given carbon budget over the longer term, transgressing thresholds and tipping points in planetary systems could still lead to catastrophic consequences, making the risks of delaying by even a few years severe. It is, therefore, crucial we make the right choices today to accelerate the disruption of energy, transportation, and food.