The United Nations Climate Change Conference, or COP26, is bringing together world leaders to discuss the world’s future action on climate change.

At present, the world’s biggest polluters are China, the United States, and India – three enormous countries with large populations and extensive infrastructure built on fossil fuels. In these, and all, countries, it’s often assumed that decarbonization requires painful sacrifices that could damage prosperity. But in reality, it’s the opposite. Greenhouse gas (GHG) mitigation actually offers an unprecedented opportunity for new forms of economic prosperity that regenerate the earth. This is not just an opportunity that every country should be looking to capitalize on, it’s one that will completely transform the global economic landscape by allowing developing countries that make the right choices to take the lead. 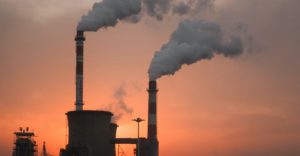 Technology Disruption as a Solution to Climate Change

At RethinkX we have written extensively about the three major disruptions in the energy, transportation, and food sectors that will occur over the course of the 2020s, with profound implications to all aspects of life, all around the world.

Compared to the products and services we have now, in all three sectors, costs will fall by 10x or more, while production processes become an order of magnitude (10x) more efficient, using 90% fewer natural resources with 10x-100x less waste. In our latest report Rethinking Climate Change, we found that altogether, these 3 disruptions have the capacity to reduce greenhouse gas emissions by 90% by 2035.

Because energy, transportation, and food are foundational sectors of the global economy, they comprise an outsized share of the cost in virtually every industry’s value chain. By leveraging the power of market forces to accelerate these disruptions, mitigation of GHG emissions can be transformed from a costly expense into a lucrative investment across all subsectors of the economy, and at every scale from local to global.

These three disruptions are being driven by purely economic factors and are therefore inevitable. But the speed at which they occur will be affected by the decisions made by policymakers, including those made at COP26. Each region, country, and city controls their own response to the impending disruptions so it is absolutely critical that every world leader in attendance understands the profound benefits that these disruptions will bring if they choose to accelerate rather than delay them.

The Nature of the Disruptions

These disruptions will not just solve climate change by decarbonizing nearly every sub-sector of the economy quickly and cheaply. They will enable a fundamental transformation, a paradigm shift, in the way goods are produced across the whole production system.

The current, large-scale, centralized system of production will change, shifting away from a model of extraction and the breakdown of scarce resources that requires vast physical scale and reach, to a model of localized creation from limitless, ubiquitous building blocks – a world built not on coal, oil, steel, livestock, and concrete but on photons, electrons, DNA, molecules and (q)bits. 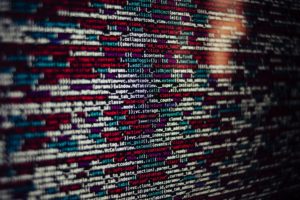 This shift has the potential to turbocharge human development across the globe.

Some attempt to dismiss these disruptions as Western-centric techno-fixes, but the opposite is true. Energy, food, and transportation are fundamental parts of societal development and these disruptions liberate, localize, and democratize them.

The building blocks of the new society – photons, electrons, DNA, molecules, and (q)bits – are available and plentiful everywhere. And because these new technologies are either already, or will soon be, cheap enough and good enough to scale, they can be harnessed by virtually anyone, in any country, and recombined in infinite ways to create new products and services at essentially zero marginal costs.

Unbridled access to safe, inexpensive, and abundant, food, energy, and transportation means that countries that choose to embrace these disruptions can meet their development goals quickly by drastically reducing costs of living.

Decentralized rather than centralized production of energy, transportation, and food will empower local communities to build economic, social, and governance capacity from the bottom-up rather than relying on top-down decision-making and resource allocation from the state, or even from foreign states or international financial institutions. This could pave the way for solving equity problems that are inherent to the strictures of the existing global system. These technologies could have massive scope for the world regardless of GDP and can completely transform the lives of people who are struggling, as well as those who are not.

A region, country, or city’s success when it comes to reaping the rewards of the disruptions is a direct result of the choices they make to accelerate them or slow them down. This means that there will be leaders and winners, and of course followers and laggards.

It is not guaranteed, however, that the leaders of disruption are wealthy, western countries. These technologies, and these disruptions, can be equalizers – but it may go farther than that.

The West often carries depressingly low expectations for the Global South, but that is about to change. There are no geographic or economic barriers to any of the three disruptions (to the contrary, these disruptions overcome existing barriers). So if the U.S. and the rest of the West resist or fail to support PFCA, SWB, or TaaS, other countries will capture the health, wealth, and jobs that accrue to developing nations that choose to lead the way.

Existing advantages and disadvantages of geography may be turned on their head as cities and regions choose to use the disruptions to become self-sufficient. For example, tropical and equatorial regions will enjoy the benefits of year-round abundant sunshine which translates into ample low-cost energy, granting them a competitive advantage throughout the value chains of virtually every industry. In this way, geopolitical relations will change as former disadvantages like scarce fossil fuel deposits or inadequate winter food storage, among many others, are eliminated. 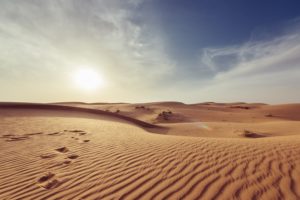 Developing countries will be able to use the energy, transport, and food disruptions to leapfrog over previous, inefficient, carbon-intensive industrial age technologies and instead move directly to the new decentralized and decarbonized system. They can breakthrough the previous resource-based barriers to human development and avoid zero-sum tradeoffs between the economy and the environment. There are already several start-ups located in developing countries using one or more of the eight key technologies and propelling the disruption forward like Mzansi Meat Co from South Africa, who use cellular agriculture to make meat, or Ola who make electric scooters in India.

In a globally competitive world, smaller, hungrier, more adaptable communities, cities, or states, such as  Mumbai, Dubai, Singapore, Lagos, Shanghai, Israel, California, or Seattle, could be more likely to adopt technologies quickly because they do not face the same barriers to disruption as leading countries do. In contrast, established centers of power may be handicapped by strong lobbies and entrenched industries, as well as incumbent mindsets, beliefs, interests, and institutions.

France, a prime example, has a very powerful nuclear industry as the country derives more than 70% of its energy from nuclear power. As a result, President Macron has recently committed a billion euros to increasing the presence of nuclear in the country – a move that will commit France to expensive, inefficient assets for years to come, undoubtedly delaying the SWB disruption.

The three sector disruptions will enable a vast possibility space for new products, services, and businesses. This is a phase change in production, and it upends the traditional notion of development involving the Global South playing catch up with Western ideas of modernism. Instead, the disruptions will unleash new models of what progress can look like which are entirely distinctive from the age of extraction.

All countries have the opportunity to harness these new technologies, embrace these disruptions and create new businesses, production models, and even operating systems. Yet, given that the most powerful incumbent centers of power could be most resistant to this transformation, countries in the Global South will be ideally positioned to race to the front.  It is fully within the realm of possibility that a new global center will emerge as the disruptions progress and societies around the world take advantage.

Climate Change Mitigation is an Opportunity Not to Be Wasted

Ultimately, the regions, nations, communities, cities, businesses, and investors that choose to embrace and lead the disruptions rather than resist them will reap enormous economic and social rewards as well as environmental benefits. The entire economic and geopolitical landspace is about to be transformed based on the decisions made today.

As time goes on and the disruptions proceed, more and more societies will seek to accelerate the disruptions in their own context to avoid risks or to capture first-mover advantages. The ensuing race to the top will generate further powerful accelerating feedbacks that will compound the speed and scale of disruptions worldwide. New disruption leaders will appear, and just like their industrial age predecessors, it will seem as if they came from nowhere, with capabilities far beyond those of incumbent leaders.