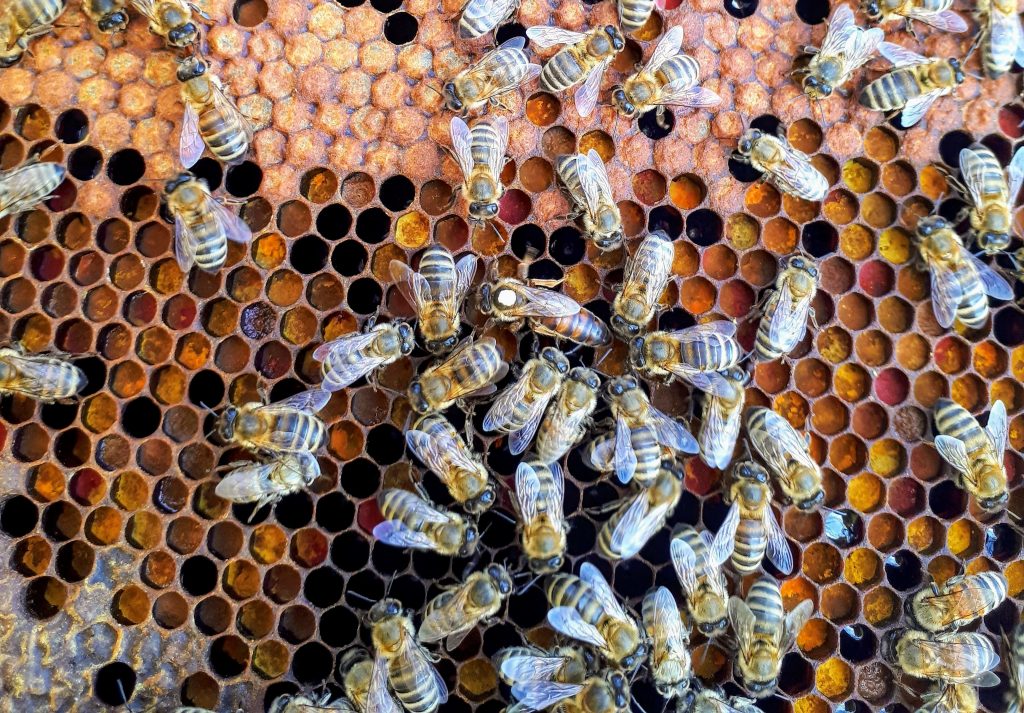 We are now at the stage where we start to dig into the patterns and ask what they might be telling us.

Let’s start by looking at two triads that look at possibility and responsibility, involving similar factors from different angles. The first triad is more positively-oriented; it is an expectation of good things to come. It has three large clusters of stories close to individuals, governments, and at the centre, the latter suggesting a combination or collaboration of all three. Business is a minor outlier here. 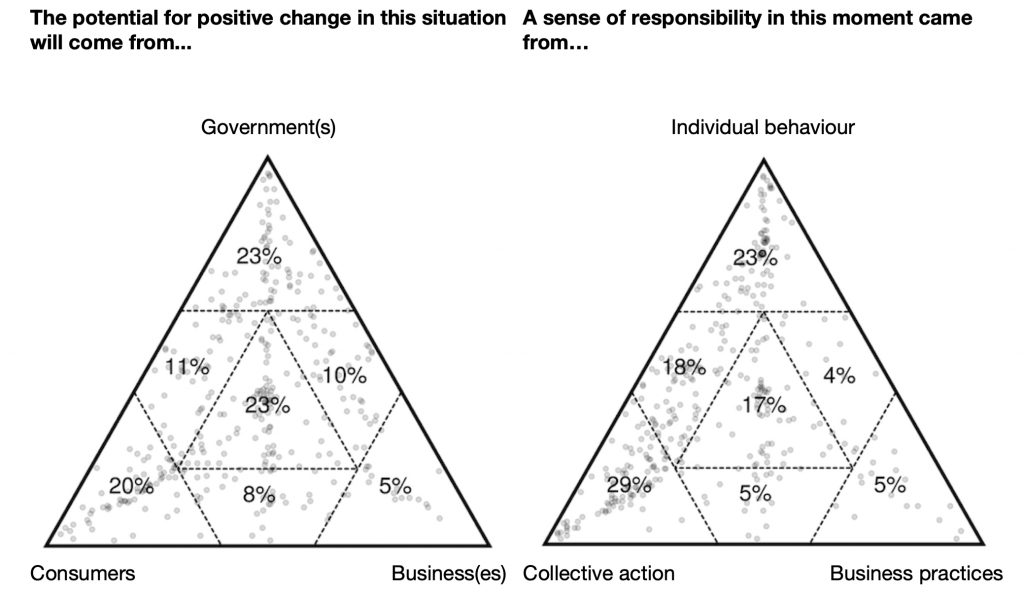 Responsibility, the core idea behind the second triad is a bit more ambitious: it isn’t just an expectation, but an obligation, for good as well as bad. Government is not present here, but the tension is instead between individual, collective, and commercial. There is a slight emphasis on collective action with significant clusters of stories emphasising individual behaviour or the connection between multiple elements. Business practices are, once again, a very small outlier.

Now, let’s add a third triad to the mix: 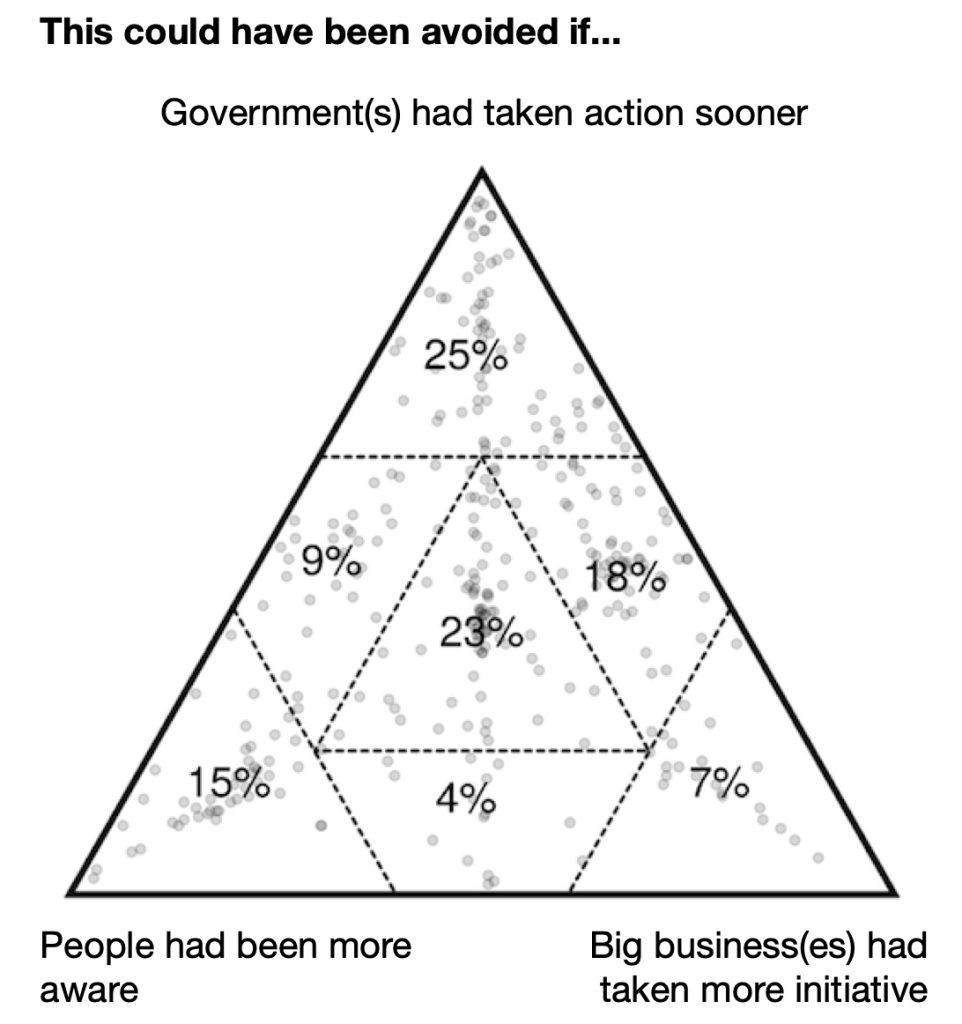 You might have noticed that we have moved in tone, from positive, to ambiguous, to more negative. This is the negative side of responsibility – essentially, blame. The patterns of blame in this triad show that there is an emphasis on everyone’s actions (or failures to act), indicated by the large cluster of stores in the centre, and equally or more on government’s lack of action. There is also a significant cluster connecting business and government, which could potentially refer to the aspect of regulating or controlling business practices and interests. Comparing this triad to the ones that came before we can make the following observations:

But it also raises questions:

In the next installment of this series, we are going to look at interrelations between triads in order to address these questions, and start diving into the context of the stories as well.

And as always, don’t forget our ongoing climate change MassSense.