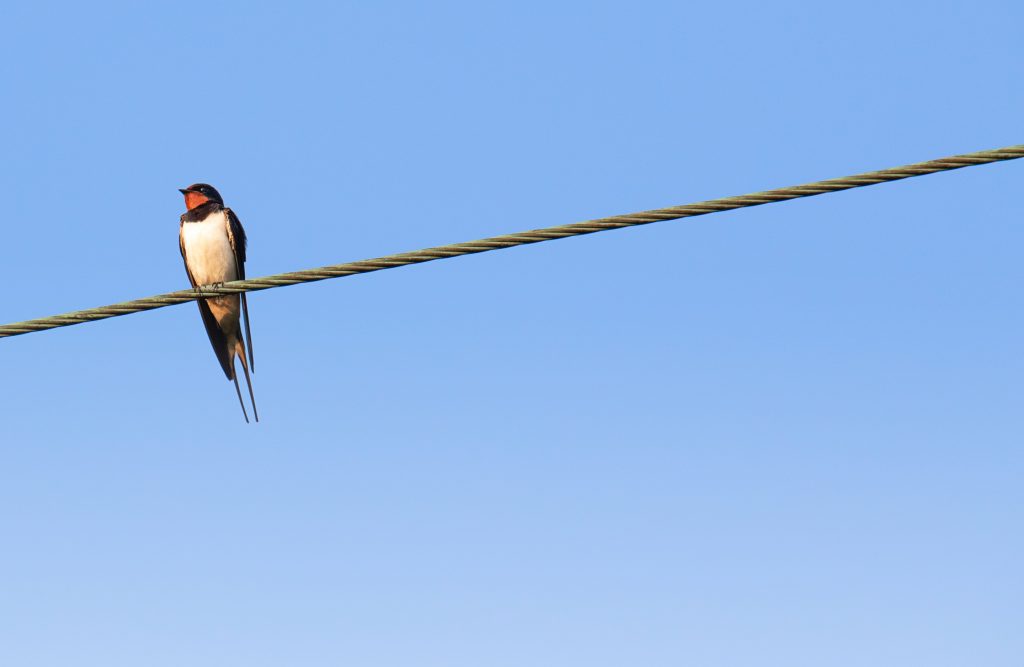 In 2018, Jem Bendell, a sustainability leadership professor, wrote a paper that took the possibility of near-term societal collapse due to climate change extremely seriously (you can read the whole thing here). I would like to spend a little bit of time on this paper because it was the theoretical basis for one of the multiple-choice questions (and, therefore, analysis filters) that participants confronted in the Acorn Study. The paper set out four key aspects of what the author calls the Deep Adaptation agenda: resilience, relinquishment, restoration, and reconciliation. One of the paper’s critical discussions and preoccupations is discussing the serious possibility of real collapse while avoiding a sense of hopelessness; this reconciliation happens through the idea of radical hope: hope without denial or optimism, but with creative adaptation. (If you are an old hand around these areas, you might have heard that drum being banged before.) Those four Rs mentioned before, parts of the agenda of deep adaptation that seeks to accept, to change, and to recognise that the future might look very different, correspond to four questions. People sharing a small action as part of the study were asked which questions were relevant to the story they shared:

How do we keep what we really want to keep?

These actions have to do with resilience – maintaining an element of continuity into the future. Unsurprisingly, echoes of this emphasis were picked out on the patterns around responsibility and around the practices or concerns the story shared related to. These suggest that resilience is associated with resonances between individual and collective action, with a slant towards collective over individual. It is seen to combine multiple practices promoting sustainability. In the micro-narratives that correspond to this question, awareness, action, activism, and energy production are prevalent themes:

The Dutch Delta Commission, which is responsible for protecting the Netherlands from the (rising) sea, is taking a long term (2050+) perspective on sea level rise and the consequences it has for the Netherlands as is (leading to reinforcement of dykes and other protective measures) and as it will be (leading to discussion on the tenability of our current coast and economic activities surrounding water).

What do we need to let go of in order to not make matters worse? 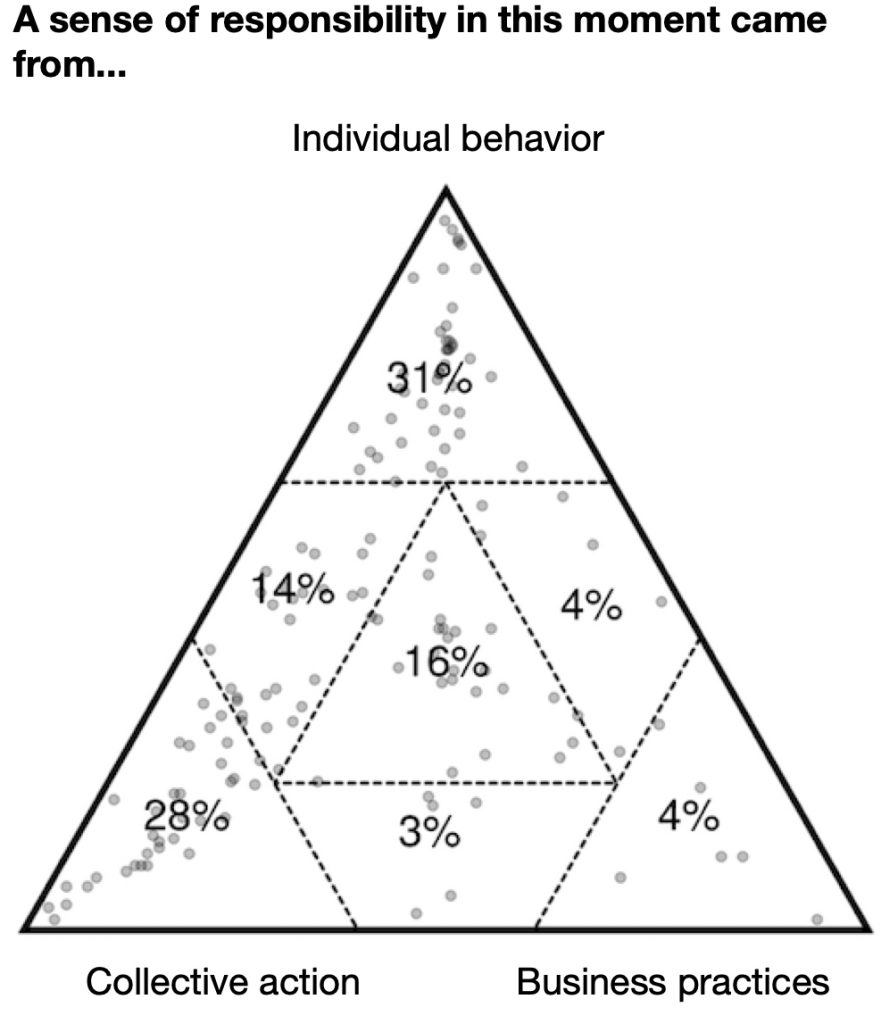 Relinquishment, the concept behind this question, brings us directly to the idea of sacrifice – giving up, perhaps on things we love, for everyone’s sake. Returning to responsibility, we see an intriguing shift in the pattern compared to resilience. While the orientation of resilience was more collective, the loss of relinquishment could have more to do with participants personally confronting the sacrifices that they (and every one of us) must make and accept. An interesting aside here is to note that this was by far the most relevant of the four questions, selected by 148 people as having to do with their stories.

Let’s see how that plays out in the narratives, with waste, renewables, and public initiatives being major themes here:

The ICAO voted to expand air travel. This will be negative. We should consider a moratorium on all air travel until we can create a way to do it without harm. The same goes for extraction.

I’ve seen more people, and have been myself, who are reducing their consumption of meat and animal products. The production of animal produce is incredibly wasteful and used way more carbon than is needed for a plant-based or ideally vegan diet. It’s something individuals can do to make a difference – both to their own carbon footprint and as using their ‘power’ as a consumer. It also means people can do something themselves, rather than waiting for others to. And as a consequence, it reduces suffering, creates more empathy, and starts to challenge mindsets around humans having dominion over the natural world and all its creatures.

What can we bring back to help us with the coming difficulties and tragedies? 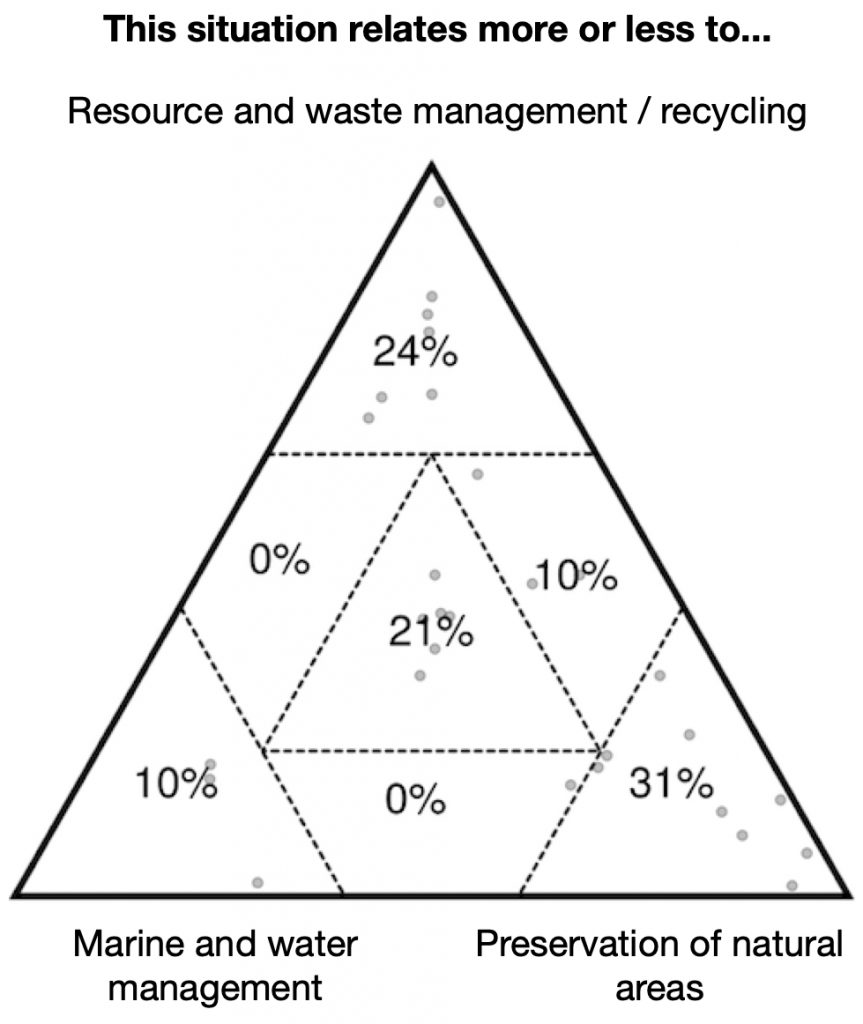 Thinking back to the post in this series that focused on time, I noticed a relatively uneasy relationship with the past and its association with mostly harmful behaviours and ideas. This question frames the past positively as a source of knowledge and inspiration. Given this slightly different direction of ideas between the original framework and how the participants actually oriented their stories in relation to the past, it is not surprising that they found this to be the least relevant question, with only 31 selecting it. However, the distribution pattern for those 31 stories shows a possible association of the things to be brought back with the things that we have lost through the loss of natural areas and habits; it seems like the thing to bring back is not something that we used to do, but nature itself.

My partner and I have made a decision to consciously invest our time, effort and money into re-mediate our small land holding (2.6ha) from a severely degraded grazing block to a sustainable food forest through the application of permaculture techniques and the re-introduction mycorrhizal fungi colonies. We aim to produce all our own food from the land and demonstrate how sound ecological management of our land can address the challenge of climate change.

With what and with whom can we make peace as we face our mutual mortality?

This heading and question is a bit of a cheat. It is written as asked on the original paper, but, in fact, the question participants saw was “With what and with whom do we need to collaborate?”. Other questions were slightly changed in their phrasing, but this is the only one where the change makes it a different concept since reconciliation is not the same as collaboration. Departing from that match between the Deep Adaptation framework and the Acorn study’s signifier framework, this, however, allows me to ask you the same question.

Next week, and potentially the week after that because I doubt that one post will be enough, we are going to do something the study never intended to do! We are going to look at the collection before and after the COVID pandemic broke out, an explore the stories and patterns of COVID.

And as always, don’t forget our ongoing climate change MassSense.