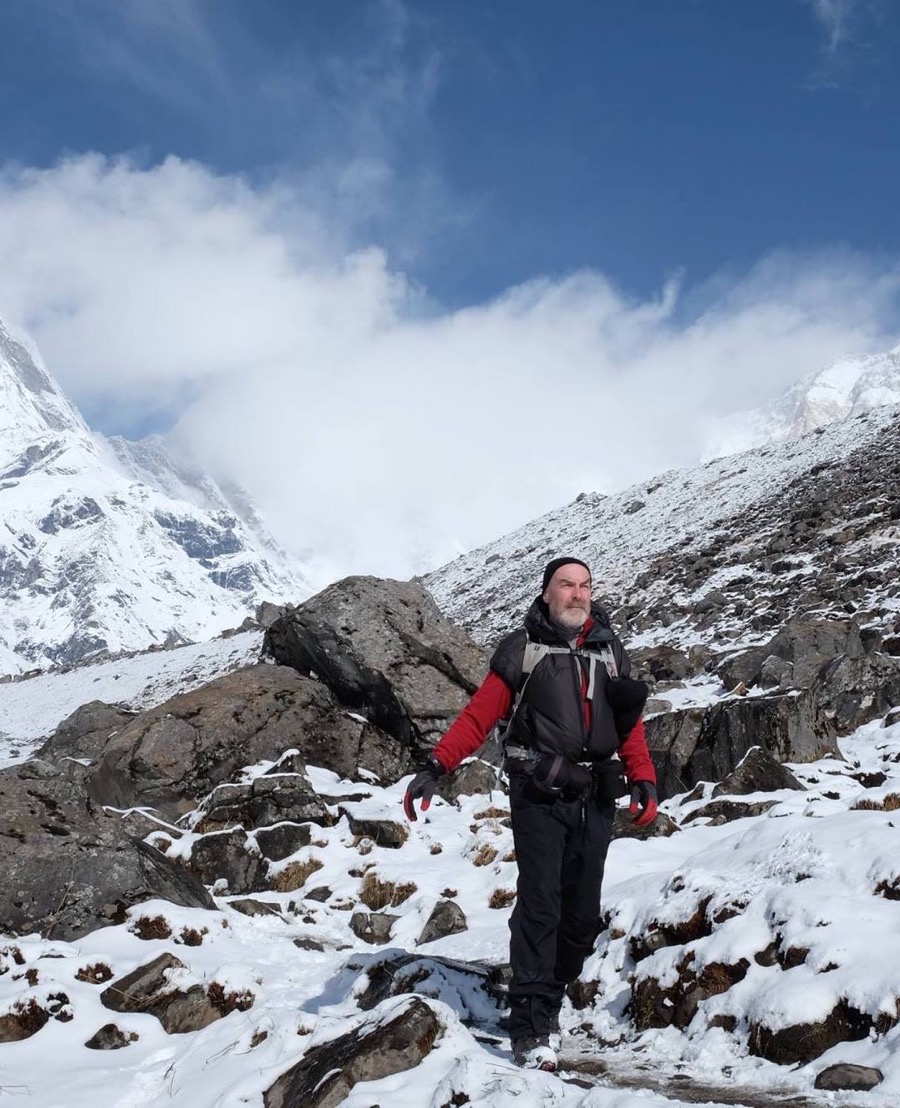 I grew up in and around the hills of North Wales, walking most weekends when were were not dinghy sailing.  Rather than a birthday party when I was young I managed to persuade my parents to book a caravan in Snowdonia and took a couple of friends.  The mountains are, to use the language of Cynefin: the place of our multiple belongings. For the first few years after graduation I managed to keep it up with holidays in the Yorkshire Dales and Ireland.  I especially remember major walks around the Twelve Pins and the length of the Brandon Ridge.  Even the horror of the  Rhododendron thickets about Kylemore Abbey have over time faded to good memories.  I love Ireland and the Lake District, I have spent too little time in Scotland but in my heart, the hills and mountains of Wales are where I belong.

The Welsh are a mountain people, driven there first by the Anglo-Saxons and then the Normans over the years.  I remember feeling at home on the Annapurna Sanctuary trek five years ago through the little things you see in mountain villages from the stone walls, to the thriftiness and sense of community that comes from living away from the rich lands of the river valleys.  I’ve never understood why people talk about conquering mountains.  Probably my favourite mountain is Machhapuchare which guards the entrance to the Annapurna Sanctuary and which has never been climbed.  Also known as the fish’s tail for its shape it is a sacred mountain and no permits are given.  Illegal attempts have resulted in the death of those who attempted it which seems just and you shift to a Vegetarian Diet on entry to the area out of respect for the Gods who dwell there.  I remember getting up from a cramped dormitory in the Tea House at Machhapuchare Base Camp in the very early hours of the morning for a necessary break and being awestruck by the moon on the peak and no one in that dormitory objected when I woke them up.  We all ended up in sleeping bags on the terrace in a state of awe.  You don’t conquer mountains, from time to time they allow you to climb them.

Today was my 67th birthday and I celebrated it with a 15-mile walk in the Black Mountains with four good friends, all Welsh or Irish.  It was almost 3,000 feet of climbing and several trackless difficult sections but even during the hard times, when all you can do is to put one foot in front of the other, there is always a sense of peace, of redemptive power when you are in the hills. But in hindsight shorts were a mistake…

I neglected the hills in my 40s and 50s with the responsibilities of family and then the nightmare travel schedule of my IBM days and setting up Cognitive Edge. The net result was reaching what if was a state of obesity in which I was afraid to go back to those mountains.  If you don’t believe me look at the Children’s Party Video and contrast it with the picture that opens this post, 35kg lighter with Diabetes II reversed on one of the most glorious days of that Annapurna Sanctuary walk which was further enhanced by having my daughter with me in the party.   Ironically I have been a lot fitter and healthier in my 60s than in my 50s.  My 60th birthday was spent walking from the Ogwen Valley to Ader Falls (banner picture) on my celebratory return to the mountains of Snowdonia after a two-decade absence.  My 61st was spent in Berlin with no opportunity to walk, but 2016 was Annapurna.  2017 I couldn’t get onto the hills but did manage to have two pairs of walking boots fitted at the wonderful Whalley Warm and Dry; three years later both had to be re-soled whereas my previous set had lasted me for well over a decade.  2018 I completed my sixty-seven day walk around and through Wales with a brilliantly sunny day walk the length of Cadair Idris on fresh snow.  A fitting end to what had been a four-year endeavour taken in odd weeks and weekends averaging over 18 miles a day.  For the final day, I was with my sister and both Welsh Iwan and Scottish Euan who have been regular walking companions through the period. Then in 2019 for my sixty-fifth, I spent a solitary and at times terrifying day on Cradle Mountain in Tasmania – one of the best weeks of my life to date.  Last year I was in Snowdonia in late March but had to cut things short after another sunny day on Cadair Idris due to the first  COVID lockdown.

So next year I suspect I will be back in Snowdonia and I plan to carry on.  I still remember in my early twenties being overtaken on the Crib Couch section of the Snowdon Horseshoe by a 90-year-old, who since retirement had climbed that mountain once a week – he is my inspiration,   I thought I would finish with the walker’s Psalm, number 120 for those who need the reference.

I will lift up mine eyes unto the hills, from whence cometh my help.
My help cometh from the LORD, which made heaven and earth.
He will not suffer thy foot to be moved: he that keepeth thee will not slumber.
Behold, he that keepeth Israel shall neither slumber nor sleep.
The LORD is thy keeper: the LORD is thy shade upon thy right hand.
The sun shall not smite thee by day, nor the moon by night.
The LORD shall preserve thee from all evil: he shall preserve thy soul.
The LORD shall preserve thy going out and thy coming in from this time forth, and even for evermore

Mountains are a place of redemption and redemption, a place to find yourself and regain energy and a sense of purpose, they are sacred spaces that you enter with respect.

The post I will lift up my eyes … appeared first on Cognitive Edge.

Great places, Musings
What we are about
Take a look at some of the PEOPLE and ORGANIZATIONS who are working directly or indirectly on Humanity's Transition.